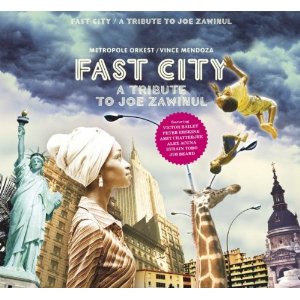 Fast City, the Metropole Orchestra tribute to Joe Zawinul, was released today in Europe. It is available from Amazon Germany.

It will be released in the US on November 9 and will be available from Amazon US, among other resellers.

More info about Fast City can be found here. 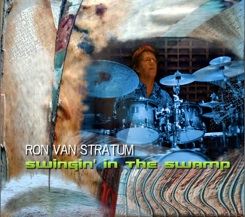 After 65 years of artistic achievement, the newly formed government in The Netherlands has recommended that the Music Centre of the Dutch Broadcasting Company (MCO) be closed. This would shutter four internationally respected radio ensembles, including the Metropole Orchestra. The Metropole is the world’s largest professional pop and jazz orchestra. Renowned for its wide-ranging abilities, the orchestra performs anything from chansons to world-music, film-scores, rock- or pop-tunes as well as high-octane jazz.

The Metropole Orchestra is a regular feature at the North Sea Jazz festival and the yearly Holland Festival along with countless TV and radio programs broadcast to millions. The ever-growing Dutch film and television industry relies heavily on the orchestra for its film scores. Since 2005 the Metropole has been under the baton of four-time Grammy Award winner Vince Mendoza, and can be seen frequenting the concert stage, in festivals and on recordings in the Netherlands as well as internationally.

A CD of the orchestra’s tribute to Joe Zawinul is due out at the end of this month. The Metropole Orchestra is an international treasure that deserves saving. You can express your support at the Netherlands Broadcasting Music Center web site.

I am also told that the band is preparing for its first recording, which will include songs that haven’t been performed by the Syndicate live, selected from Joe’s albums Dialects, Black Water, and Lost Tribes, among others.

Dutch drummer Ron van Stratum sends word that he has a new CD out, Swingin’ In The Swamp, which includes a very Zawinul-esque tune, “Zawinizm,” as well as some other tasty tracks. I think I’m going to have to buy this one.

Today is the third anniversary of the passing of Joe Zawinul. To honor his memory, I have chosen a clip from an interview I did with him in February 2007. We sat on lounge chairs at Joe’s Malibu home, high on a bluff overlooking the Pacific Ocean. The main purpose of our interview was to talk about the history of Joe’s band, the Zawinul Syndicate. But there were a few other nuggets as well. In this clip I ask Joe about the importance of the human voice in his music and he gave me a revealing explanation of his musical philosophy.

We miss you, Joe, but your music lives!

I am pleased to report that Alphonso Johnson will receive the 2010 Bass Player magazine Lifetime Achievement Award. The ceremony will take place on Saturday, October 23 at the evening event of Bass Player LIVE! 2010, after which Alphonso will perform along with David Garfield, Mike O’Neill and Leon “Ndugu” Chancler.

Alphonso is best known to Zawinul fans for his two-year stint with Weather Report. He first came to Joe and Wayne’s attention in 1973, when Weather Report shared a bill with Chuck Mangione in Johnson’s hometown of Philadelphia. Alphonso was Mangione’s bass player at the time and Wayne and Joe liked what they heard. They later invited him to audition during the recording of Mysterious Traveller. He had just turned 23 years of age.

“Alphonso Johnson had a lot,” Zawinul recalled years later. “He was young, he was bright, he was disciplined, and he could lay down a groove that hurt and that’s what I wanted.” Alphonso was the linchpin that enabled Weather Report to transition into its mature phase that led to a string of ground-breaking albums. On Mysterious Traveller, Johnson memorably improvised the bass hook that launched the band into a jam that produced the ultra-funky tune “Cucumber Slumber.” He also brought in the composition “Scarlet Woman.”

Johnson toured with Weather Report throughout 1974 and 1975, and when Chester Thompson took over the drum chair, the band jelled and produced some blistering music that can be heard on the album Live and Unreleased. He also played on the albums Tale Spinnin’ and Black Market. The last track on the latter was “Hernandu,” which Joe once described as “a great tune by Alphonso Johnson.”

Joe and Wayne’s respect for Alphonso remained undiminished decades later. When I casually mentioned Johnson’s name to Joe during a 2004 interview, his response was immediate and unequivocal: “Ohh! He had the funk, man! He was the funkiest of ’em all–even more than Jaco.”

And in an interview last year, Wayne gave a more abstract but equally meaningful response when asked about Alphonso: “We liked the way he set a groove–we use to say a ‘loping’ kind of groove. And we liked him as a person. He was well-mannered. He was tall and he carried his height well. He didn’t have a problem with self-esteem. He didn’t hide behind his instrument, or hide behind being a musician. He was well-tutored by his mother and father. Miles [Davis] used to say, (imitating Miles), ‘Some people are raised well.'”

Alphonso is also a music educator, and he is currently on the faculty of the University of Southern California Jazz Studies Department.

Congrats to Alphonso. If you’re in L.A. in October, get out to the Key Club and give him his props.

Ever since watching video of the Metropole Orchestra performing the music of Joe Zawinul, I’ve been hoping that these recordings would be officially released on CD, if not DVD. Now such a CD is in the offing.

BHM Records has announced that it will release Fast City, a tribute to Joe Zawinul performed by the Metropole Orchestra under the direction of Vince Mendoza. The release is scheduled for Germany in October. If past practice is an indicator, a US distributor won’t pick it up until many months later, although AbstractLogix frequently stocks import CDs for purchase in the US.

I wrote about the orchestra’s Zawinul tribute in April 2009. The orchestration and performances are amazing. Mendoza is a gifted orchestrator and his empathy for Zawinul’s compositions makes for transcendent music. Songs such as “Peace,” “Jungle Book” and “Nubian Sundance” are noteworthy both because one wouldn’t expect to ever hear them played live, but also for the way in which the Metropole Orchestra reveals layers that extend beyond the original recordings by Joe and Weather Report.

Fast City will consists of six tracks recorded on January 26, 2008 at the Concertgebouw in Amsterdam. The remaining three tracks were recorded live at the North Sea Jazz Festival on July 11, 2008. Guest artists on both occasions included Peter Erskine, Amit Chatterjee, Victor Bailey, and Jim Beard. Alex Acuña plays percussion on the Concertgebouw tracks while Efrain Toro handles percussion on the North Sea recordings. 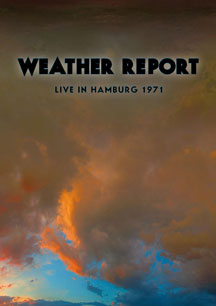 Weather Report: Live In Hamburg 1971 has been released on NTSC DVD suitable for playback on US DVD players. This DVD documents the original incarnation of the band with Miroslav Vitous, Alphonse Mouzon and Dom Um Romao. Originally recorded for broadcast on the German television program “Beat Club,” the video and audio quality are excellent (although it was recorded in mono). The set clocks in at 48 minutes and includes performances of “Orange Lady,” “Directions,” “Seventh Arrow,” “Waterfall” and “Dr. Honoris Causa.” This is a rare glimpse at the band in its earliest days, and not be missed by Weather Report fans.

Stanley Clarke, talking about the tune “Larry Has Traveled 11 Miles and Waited a Lifetime for the Return of Vishnu’s Report” on his new album, The Stanley Clarke Band:

“If you study the title, it has little fragments of the names of five or six really influential jazz-rock fusion bands, like Larry Coryell’s Eleventh House, Miles Davis of course, Mahavishnu Orchestra, the Tony Williams Lifetime, Return to Forever, and Weather Report,” he explains. “And that tune, if you listen to it really carefully, you’ll hear elements of all those bands—although to me it sounds more like Weather Report than anybody.

“Even though I was in Return to Forever, and I love Mahavishnu Orchestra and Miles and all that stuff, to me the most creative out of all those bands was Weather Report,” he adds. “Don’t tell Chick I said that!”

Really? Corea wouldn’t be bothered by this well-deserved nod to the late Joe Zawinul, would he?

“Ah,” says Clarke, laughing, “you don’t know Chick like I know him!”